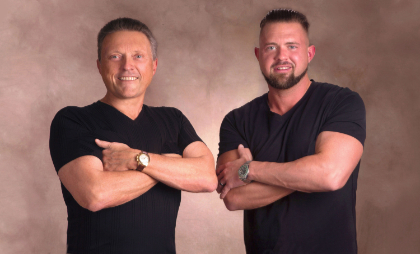 Memory Support formula is a unique combination of nutrients and botanicals that supports cognitive function and a healthy memory. It features select B vitamins, including Quatrefolic®, a patented form of 5-MTHF; the herbs Gingko biloba and Bacopa monnieri; nutrients that provide antioxidant activity; and brain-specific nutrients such as vinpocetine, acetyl-L-carnitine, and sunflower-derived phosphatidylserine.

Our B vitamins are in their active forms; pyridoxal 5’-phosphate (B6), methylcobalamin (B12) and 5-methyltetrahydrofolate (folate). These B vitamins are essential homocysteine remethylation cofactors; as such, they support the maintenance of healthy homocysteine levels. Normal blood levels of homocysteine are associated with healthy cognition in the elderly and healthy cerebrovascular function [1]. The brain may be protected by improving methylation by providing the nutritional cofactors needed for proper functioning of the methionine cycle [2].

5-MTHF may better support folate nutrition in those with digestive issues and those with genetic variations (MTHFR) in folic acid metabolism. The form of 5-MTHF in Memory Support is Quatrefolic®, which is proven to have greater stability, solubility, and bioavailability over calcium salt forms of 5-MTHF.

N-Acetyl-Cysteine (NAC): Is capable of crossing the blood-brain barrier and is known to combat oxidative stress, and reduced oxidative stress may support healthier nerve tissue [3]. L-carnitine is a vital cofactor for mitochondrial oxidation of fatty acids providing the brain with an energy substrate.

Acetyl-L-carnitine: An ester of L-carnitine, possesses properties that may be effective in supporting healthy cognition with age [4,5].

Phosphatidylserine (PS): A phospholipid, it plays an important functional role in membrane-related processes in the brain and regulates the release of acetylcholine, dopamine, and noradrenaline. PS appears to support neuronal health and healthy brain function, possibly through its effect on cytokine production and their influence on microglia [6].

Ginkgo biloba: A leaf extract containing two main bioactive constituents— ginkgoflavonglycosides (24%) and terpene lactones (6%) and is used in the formula because of its reported stress-alleviating and memory-supportive effects as well as its ability to support the health and integrity of neurons. The mechanisms of action may be mediated through its antioxidant, antihypoxic, and microcirculatory actions [7].

Bacopa monniera: An Ayurvedic herb, has been reported to support cognition facilitating, cytokine-modulating, and anti-stress effects. These effects are thought to be mediated through its remarkable free-radical– scavenging capacity and its protective effect on DNA cleavage [8].

Vinpocetine: Is derived from vincamine, an alkaloid extracted from the periwinkle plant. It has been used extensively in Eastern Europe, and more recently in the United States, to support cerebrovascular health and healthy mental function. Vinpocetine’s roles in supporting brain function are multi-modal and include its influence on cerebral circulation, its antioxidant activity in the brain, and its role in affecting ion channels and cytokine production [9-11]. Many human studies demonstrate positive results in neurologic functioning—primarily related to capillary blood flow and cellular metabolism [12,13].

Huperzine A: Like vinpocetine, it affects ion channels. Such activity has been found to support healthy learning and memory. HupA may have a positive effect on levels of acetylcholine through its action on acetylcholinesterase (AChE). Acetylcholine is one of the chemicals that our nerves use to communicate in the brain, muscles, and other areas [14].

5
Average: 5 (1 vote)
I have been using the Memory Support for about a year. I can actually tell the difference when I miss a couple of days. This is one supplement I will not be without.