Rockland County, New York made a recent decision to issue a state of emergency to ban all unvaccinated children from public spaces. These public places include schools and other government facilities. However, Rockland County did not provide a clear explanation as to why they made this decision.

On March 29th, 2019, The Thermalito Union Elementary School District in California sent out a notice warning parents that a substitute teacher had a confirmed case of measles even though the teacher had been previously immunized [1]. Also, on March 27th, 2019, it was reported that Avi Cohen in Oak Park, Michigan contracted measles even though he was vaccinated. Further, Cohen received his MMR vaccine on schedule and followed CDC standards, but he still contracted measles.

As you can see, there are cases where vaccinated individuals have contracted measles, so if the intended purpose of Rockland County is to prevent the spreading of measles, they might as well prevent anyone from entering public buildings.

Additionally, below I have given a table illustrating the occurrences where vaccinated individuals contracted measles. 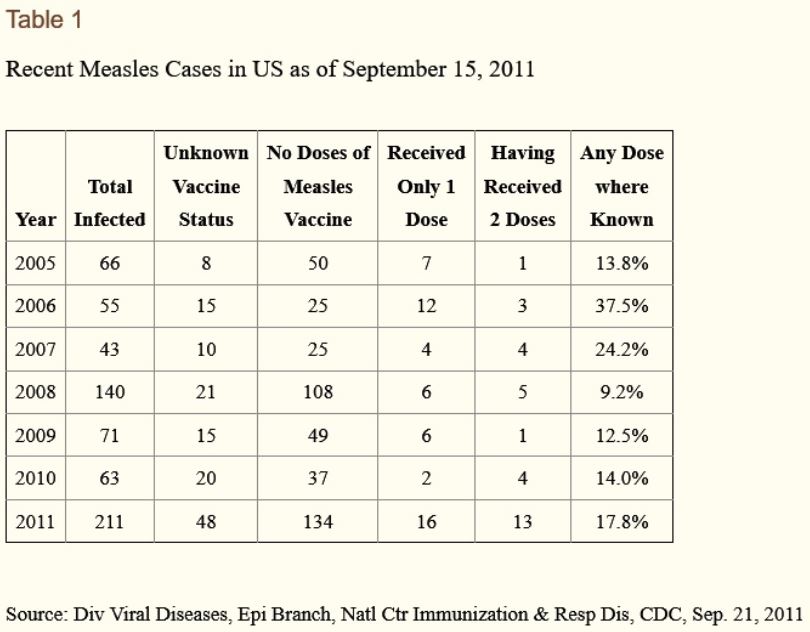 Continuing, in 2011, a study was published in the Journal Vaccines titles “The Re-Emergence of Measles in Developed Countries: Time to Develop the Next-Generation Measles Vaccines?” Two medical doctors wrote the study and had a paradoxical conclusion:

“Despite the above gains measles is reemerging as a serious public health threat, and outbreaks are occurring even in highly developed countries where vaccine access, public health infrastructure, and health literacy are not significant issues.

This is unexpected and a worrisome harbinger – measles outbreaks are occurring where they are least expected.

As illustrated in the Table, since 2005 these outbreaks have also occurred in the U.S.—with surprising numbers of cases occurring in persons who previously received one or even two documented doses of measles-containing vaccine [2].”

Interestingly, Rockland County, New York had the highest occurrence of measles in the last 6-month period with 150 cases reported, but when someone called the Rockland County Health Department, the representative stated there were only 5 active cases of measles [3]. Therefore, why is this whole situation painted like there is currently an epidemic in the county?

In this last 6-month period, there were over 17,000 MMR vaccines given to citizens, and it is a known fact that the MMR vaccine contains the live virus and freshly vaccinated individuals can be contagious for up to 28 days. So, could the fact that so many people have been vaccinated recently be attributing to the rise of measles cases in this county?

Even hospital Websites warn against being near anyone who has received a live virus vaccine such as oral polio, smallpox, MMR, and nasal flu vaccines. 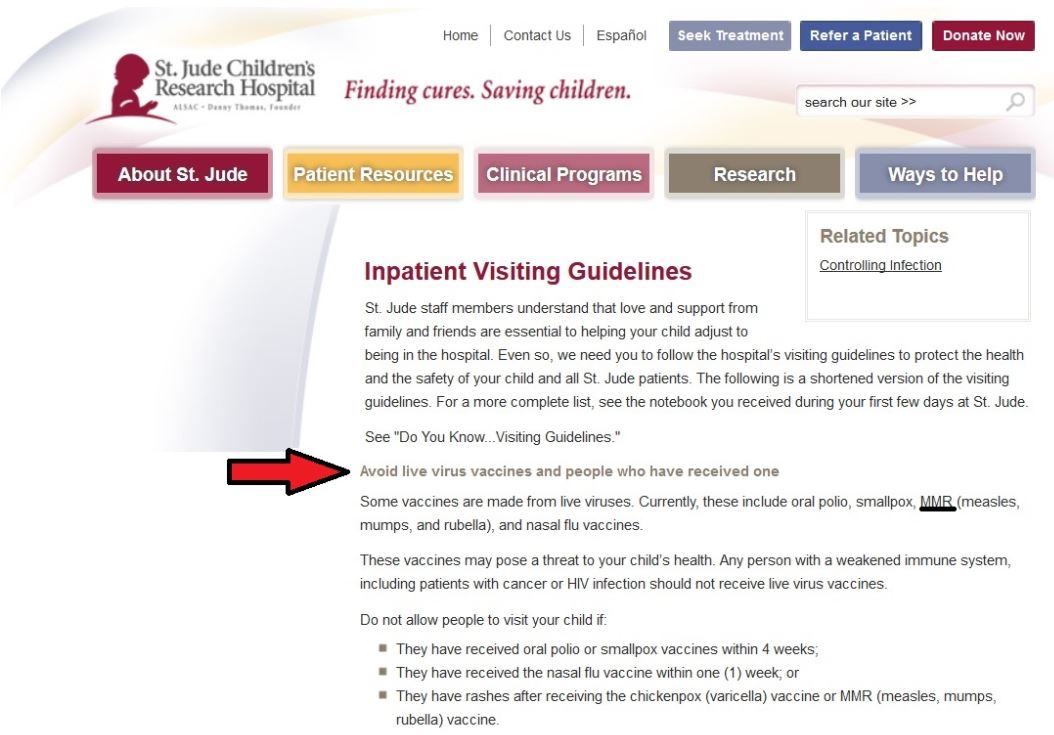 Following this point, a 2017 study published in the Journal of Clinical Microbiology reported that during the 2015 Disneyland measles outbreak, 73 of the 194 measles cases were from the vaccine [5]. Even the CDC contributed to the study, so the CDC is creating data to prove the measles vaccine can cause measles or measles outbreaks [6].

So, now that we have gathered why it would be illogical to only ban the unvaccinated from entering these spaces because vaccinated individuals can transmit and contract measles too, I will give the case arguing unvaccinated children pose no additional threat either, and that is precisely what immunologist Dr. Tetyana Obukhanych said in an open letter to legislators who support mandatory vaccination.

In summary, a person who is not vaccinated with IPV, DTaP, HepB, and Hib vaccines due to reasons of conscience poses no extra danger to the public than a person who is. No discrimination is warranted.

This article is the first in a series of articles investigating this current issue. Stay up-to-date with Healthmasters to read the next article.